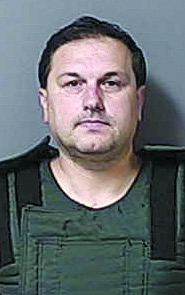 A Calhoun County jury found Dan Belc guilty Friday of the First Degree Murder of his wife, Judith (Yoder) Belc and Aggravated Assault for threatening her brother with a firearm.  Chief Circuit Judge Christopher Patterson ordered Belc to be held in the Calhoun County Jail until he is sentenced,  which could mean life in prison without parol.

The shooting took place on March 23, 2018, at the victim’s brother’s home in Calhoun County. Belc, in a 911 reccording, said his wife filed for divorce and he had shot her three times.

When Belc left the family home in 2018, he called family members and told them he had shot his wife and placed her in the trunk of the car and intended to end his own life. Later in the afternoon, Belc called one of his children who encouraged him to turn himself in.