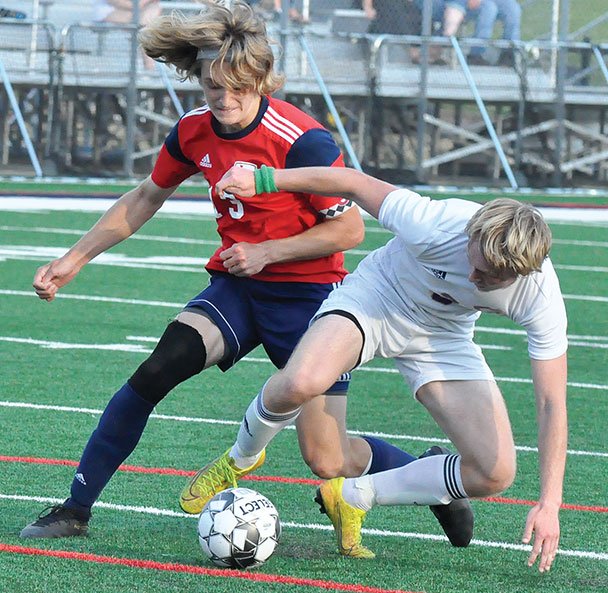 The Lamar County soccer program has a chance to establish itself as a powerhouse today when Bremen comes to town for a rare Elite 8 playoff soccer doubleheader. Due to GHSA seating requirements, the game has been moved to Trojan field.

Both the Blue Devils and Lady Devils come in as the #1 ranked Class AA teams in Georgia.

Action begins with the girls match at 5:30 p.m.

The Lady Trojans are ranked #7. The Trojans remain unranked.

The Lady Devils clobbered Elbert County 11-0 in the first round of the playoffs then blew out Fannin County 9-1 in the Sweet 16.

The Lady Trojans advanced with a 5-1 over # 8 Thomasville here last Wednesday. The visiting Lady Dogs got a goal in the first five minutes off a Lamar defensive lapse before the Lady Trojans roared back.

Freshman Samiya Smith had two goals and drew a foul in the box that led to LC’s first goal, a PK successfully converted by fellow freshman Cara Bishop. Deshunna Bowles and Alaina Cato added single goals for Lamar (13-3). Coach Wayne Calvert’s team is on an 11-game winning streak during which they have outscored opponents 68-9.

The Lady Devils are 17-2. Their only losses came to much larger schools in North Paulding and Northgate. LC and Bremen have no common opponents.

The two teams were formerly in the same region. Bremen beat LC 7-0 last season just before the COVID shutdown. In 2019, Bremen topped LC twice by scores of 4-1 and 2-1.

The Blue Devils are undefeated with a record of 18-0-2. They were tied by Cartersville 3-3 and Carrollton 2-2. They opened postseason play with a 10-0 win over Rabun County then topped Model 5-0 in round two.

The Trojans advanced with a hard-fought 3-2 win over Fitzgerald here Thursday. LC got first half goals from Chip Crawford, Josh Moore and Justin Brannan then held on late as the Purple Hurricane roared back. Jackson Callaway had several critical saves in the net for LC as the clock wound down.

The Trojans are on a 12-game winning streak during which they have outscored opponents 48-11.

Admission for Wednesday’s matches is $10. A large crowd is expected and bleacher seating is limited. Plan accordingly and bring a chair.