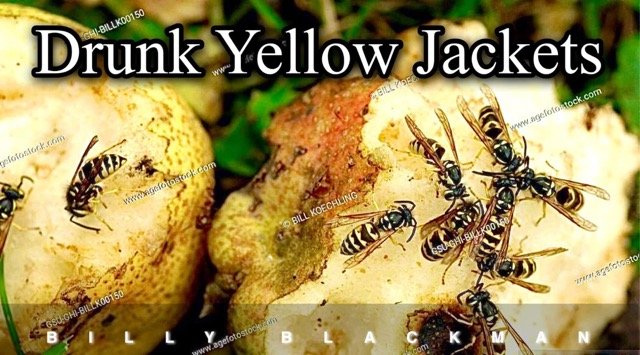 We called it “hog huntin.”

But to be honest with you, we weren’t hunting all that hard. If we had stumbled up on a hog, we would have been as surprised as the hog and probably ended up shooting our own toes.
We were better at shooting off our mouths and aiming at empty bean cans than shooting at a wild hog with a 410 shotgun that seemed to fire off on its own for no apparent reason.
School had just started back after summer vacation, and the three us were already skipping.
We were in the woods to replace classroom time with something we thought was more productive, like spinning our wheels and chasing our tails.
By mid-day our hog hunting adventure had lost its luster. Half-a-day is all we had managed to kill. It was now noon and our stomachs were as empty as our game bags.
Our vision of dragging a big hog out of the swamps was replaced with daydreams of Cokes, bologna sandwiches, and peach ice cream.
We were hungry. But nobody thought far enough ahead to bring anything to eat, not even soda crackers. Besides, we were suppose to be eating in the school lunchroom that day.

“My stomach thanks my throat’s been cut,” Pete said.
The internal gnawing drove us to an old fish camp dilapidating along the banks of the Dead Lakes. We were somewhere between the Chipola Cutoff and Stone Mill Creek near Wewahitchka, Florida.
“I bet there’s sump’um to eat in there.” I forgot who said that. But it wasn’t me.
We figured the law couldn’t arrest us for breaking and entering because there was no door so we could enter without breaking anything.
Inside, amongst the rubble of an abandoned life, we found a peanut butter jar. The lid was off and the critters had already cleaned out what morsels we might have scraped out with a pocket knife. But we were three hungry boys, so we tried anyway.
I reached in my pocket and pulled out my knife, pinched open the big blade and wiped it across my muddy britches leg in case the blade was dirty. The knife seemed cleaner coming back out of the jar than it did going in.
A can of something had to be left behind—something the critters weren’t able to gnaw open.
Nope. Nothing was there. The shelves were bare.
“Prob’blee a bear got it all,” Charles said.
A bear?
“What was that noise?” I said. My leg muscles tightened as if they were about to spring into action and leave me behind. “I heard sump’in growl.”
“That was my stomach,” Charles said. “There ain’t nut’n in here. Let’s look outside.”
We found a pear tree behind the camp. Pears would do to temporary quieten our grumbling guts. By that time of the year most of the pears were on the ground and beginning to sour and ferment.
The yellow jackets that gathered on them seemed to be drunk, so they didn’t notice us. Well, they acted like over-friendly drunks, anyway. But no one volunteered to smell their breaths to find out for sure.
Under that tree we shared that spot—boys and bugs—until lengthening shadows sent us hurrying home to tell our parents what we’d learned in school that day, if they asked.
We hated to leave behind our woods. This was a place where we could spit, cuss, scratch, chew Beechnut tobacco, and cough through a few drags on non-filtered Camel cigarettes I stole from my uncle Roy—and do it all without fear that our mama’s would find out.
Of course when we got home we had to keep our distance so our mamas wouldn’t smell the ferment on our breaths and the Camel in our clothes.
These woods were a place where groves of “forbidden fruit” grew around the next river bend. Or at least that’s what we imagined.
We were not afraid of anything out here—not wild hogs, not slithering snakes, not even poison ivy.
But what we were a little afraid of was the civilized world that lurked just past the tree line.
This land of cypress trees and Tupelo gum was a place we could go to and leave behind a world of Sunday school lessons, eating green beans, and wearing shoes. Here we could substitute domestication with a 410 shotgun, empty peanut butter jars, and imaginary hogs the size of a small school bus.
These woods were seeped in mystery and made complete by a phantom bear with peanut butter on its breath.
This was a place where we could enter without having to break anything; a place where we could get high on life—so high that we didn’t notice the world surrounding us, just like a bunch drunk yellow jackets hanging onto a pear.