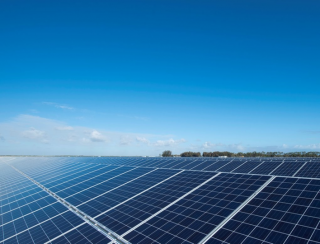 By Staff Writer on January 28, 2021
Calhoun County will soon have its first-ever solar farms with the Board of County Commissioners January 19th, 2021 approval of Florida Power & Light’s plans for the FPL Chipola River Solar Energy Center located near Clarksville and FPL Flowers Creek Solar Energy Center located near Altha.
Named after two of Calhoun County’s unique waterways, the solar farms will generate zero-emissions energy, without the use of water or fuel. The solar farms will also create no dust, odor, or pollution during operations and unlike traditional power plants, the solar panels sit low to the ground, so there will be little or no visual impact. In addition, solar farms operate virtually unmanned, so community residents won’t have to worry about increased noise or traffic once the farms are constructed.FPL officials say these solar farms will create hundreds of jobs during construction and will increase the county’s tax revenue, giving a boost to the local economy for as long as the solar farms remain in operation.

“At FPL, we’re very selective about where we locate our solar farms,” explained Stephen Heiman, a project developer with FPL. “When choosing locations to build our solar farms, we typically look for property that is flat and clear as well as close to existing transmission lines. Harvesting renewable energy from the sun’s rays will keep the county beautiful and preserved for future generations, while providing local tax revenue that will benefit local communities.”

According to Heiman, the company tries to procure local resources whenever possible. Both solar farms together will create approximately 400-500 jobs during peak construction, which provides additional revenue streams for the area.

Kristy Terry, executive director of the Calhoun County Chamber of Commerce, said the chamber felt so strongly about supporting the solar farms because they viewed them as a positive investment in the county. “It’s an opportunity for clean, green development with low impact on services but high yield on tax revenue, which is something we are desperate for in our area right now,” she said. “It positions us to potentially court additional green developments, and that’s one of my personal hopes for these projects. These cornerstones will show potential investors that we are open for green business.”

Roy Baker with Opportunity Florida spoke to the commissioners in support of the proposed projects before the solar farms went up for vote. He said, “It is an opportunity for this county, which is landlocked. You don’t have an interstate and you don’t have salt water, so this is a big opportunity for the county to step up and be a green energy county and start looking at green energy companies to attract to this county.”